It feels bittersweet to be reaching the end of the year. I’m grateful to have made the long trek through winter to May – my favorite ALC month – and yet I feel a bit stunned that we’re here already. I’m energized by the beautiful weather, the field trips, the fun we’re having now that we’ve hit our stride, but I’m also tired. That might just be my body trying to get my attention, though, and after the week I’ve had I can’t blame it…

From the top, I just want to acknowledge myself for moving my body both days last weekend – climbing on Saturday and riding my bike Sunday. Yay body! Yay self!

Monday morning started with Acro, as it does, and I’m so excited about the ways that my body has gotten stronger and better at Acro in the last few months. This week I based several different people (including Ash, who is almost as tall as me…), but I also did something much scarier: I flew. I was laying on my back on the ground and Yoni and Ryan each grabbed one of my arms and one of my legs. Then they began to swing me – one, two, three – and swung me all the way up and over so I was standing on their shoulders. It was terrifying, but I did it! Yay body! Shoutout to Yoni and Ryan, for being extremely dependable humans. I didn’t do much else on Monday (including writing time… which I feel guilty about skipping) because I developed some pretty intense nausea after Acro. I don’t think it’s directly related to flying through the air in a terrifying lift, but doing Acro without first eating a good breakfast or drinking enough water is not a good idea. Lesson learned. 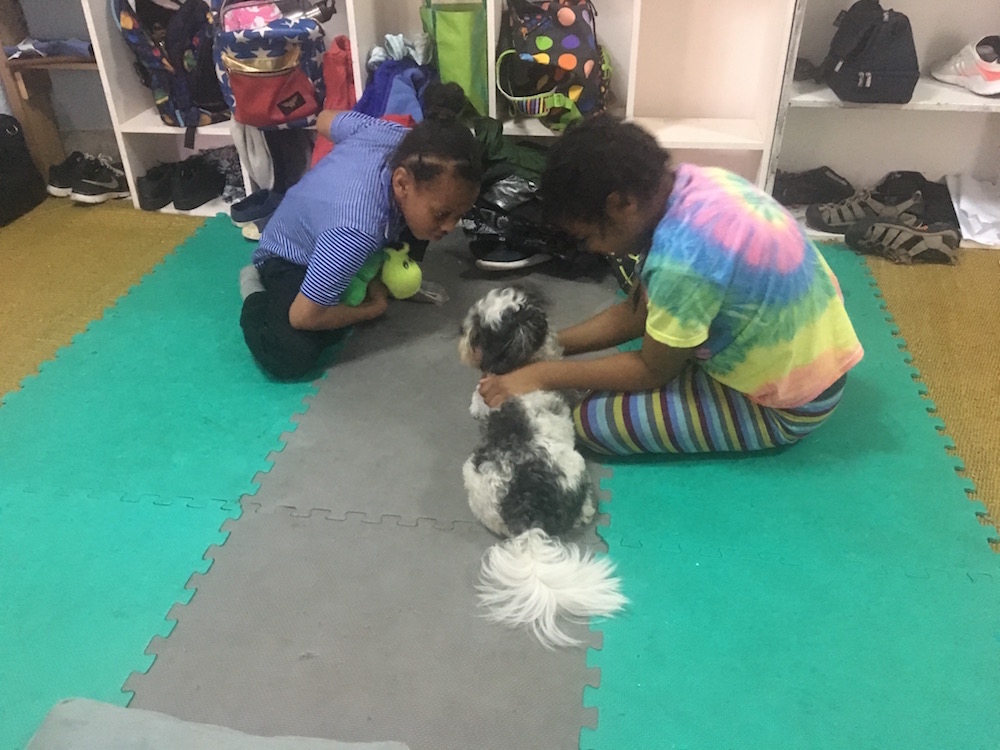 On Tuesday, Ash, Timo, and I FINISHED ANCILLARY MERCY!!!! It’s an all-caps achievement for sure – the whole trilogy clocks in at 996 pages of hard science fiction, diving through deep questions about who is a person, what is justice, and how to change the status quo (and what does any of that mean to begin with). It’s a series that doesn’t shy away from moral quandaries, which I love. (Personally, I believe that all good sci-fi is actually philosophy, but much more interesting.) Getting to share a deep, brilliant story that I love with two teens who invested their time and attention to delving into the complexities of it has been one of the most rewarding experiences I’ve had so far as a facilitator. I’m really grateful to Timo and Ash for sharing it with me, and proud of us for finishing it!

Also on Tuesday: fabric store trip and painting with Saylor, Latin American and Industrial Revolutions in Histoy, I cut Abby’s hair, and “Ry on Shark Tag DL – Xander told him not to do the god arm but he didn’t listen…” 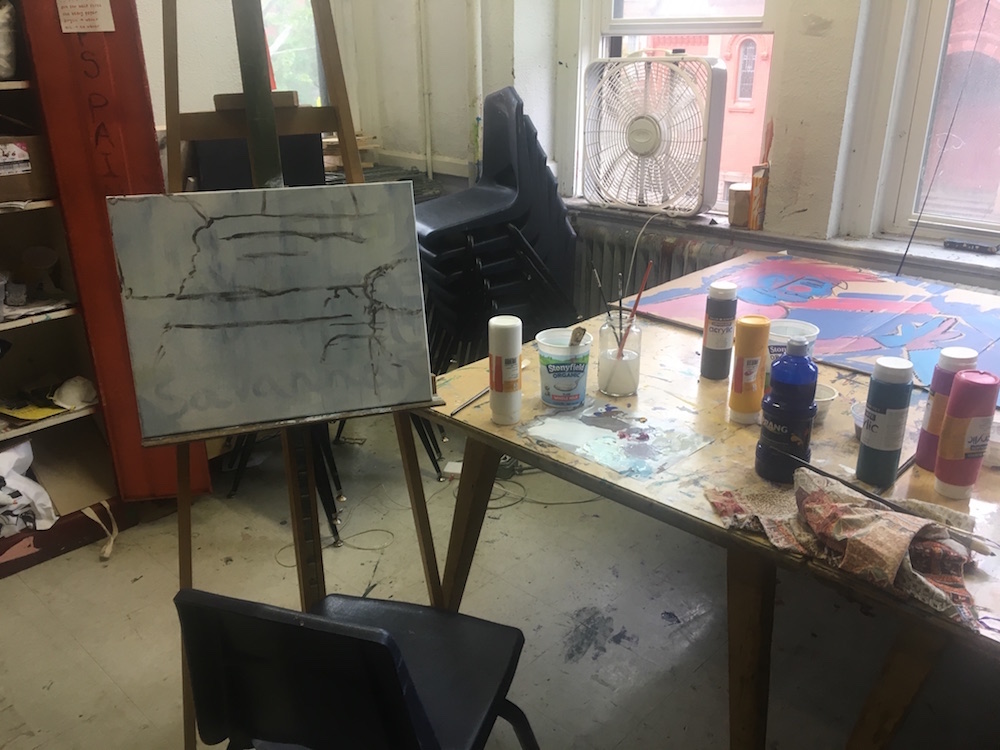 Wednesday I went to Brooklyn Bridge Park with Saylor, Zoe, Beth, Siena, Doug, Javair, Serena, Hannah, Erez, Even, Demian, Chuck & Ry. We watched a super cool glassblowing demo on a barge and played at three different playgrounds. All told, I walked 5.5 miles! Plus, I got to talk to Timo about the NYC skyline, history, and broken-windows policing for a while… 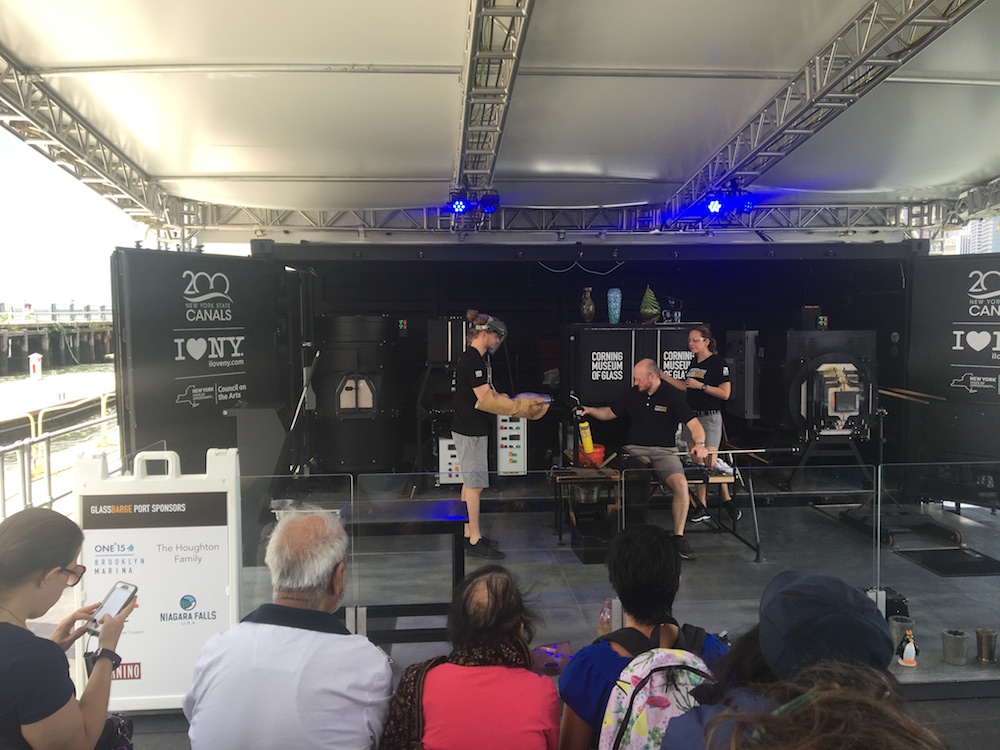 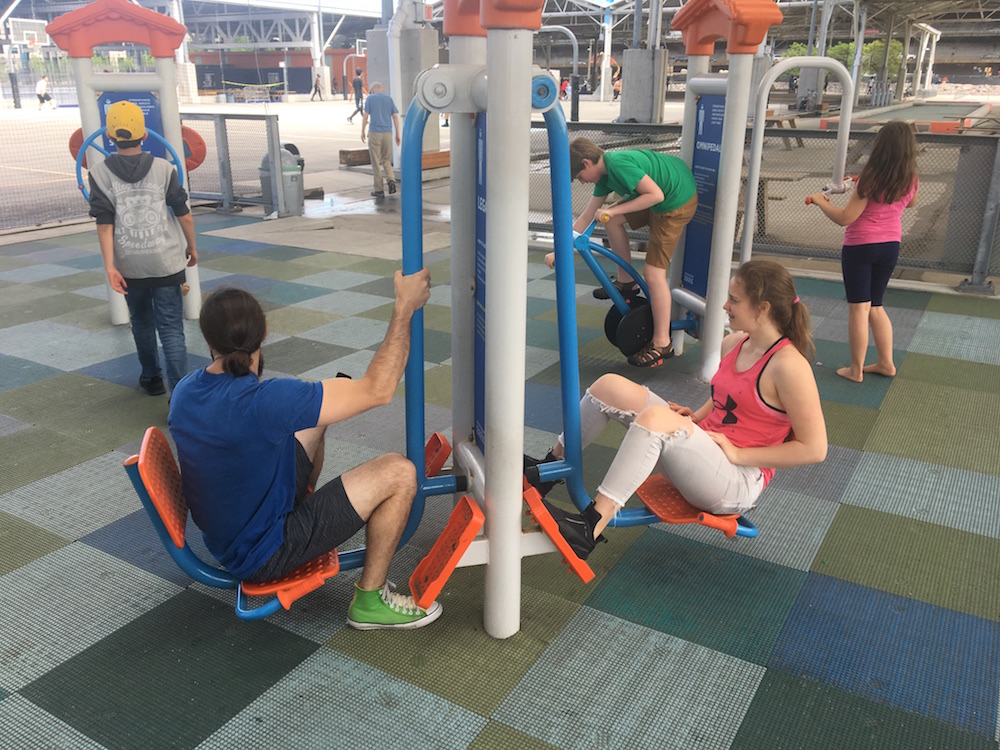 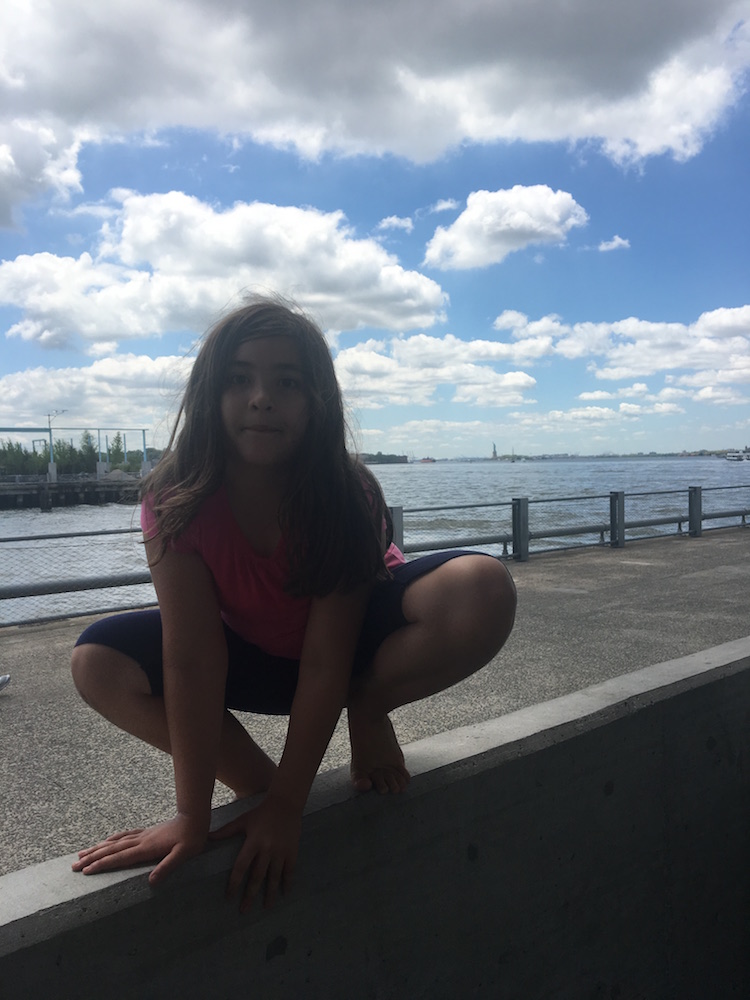 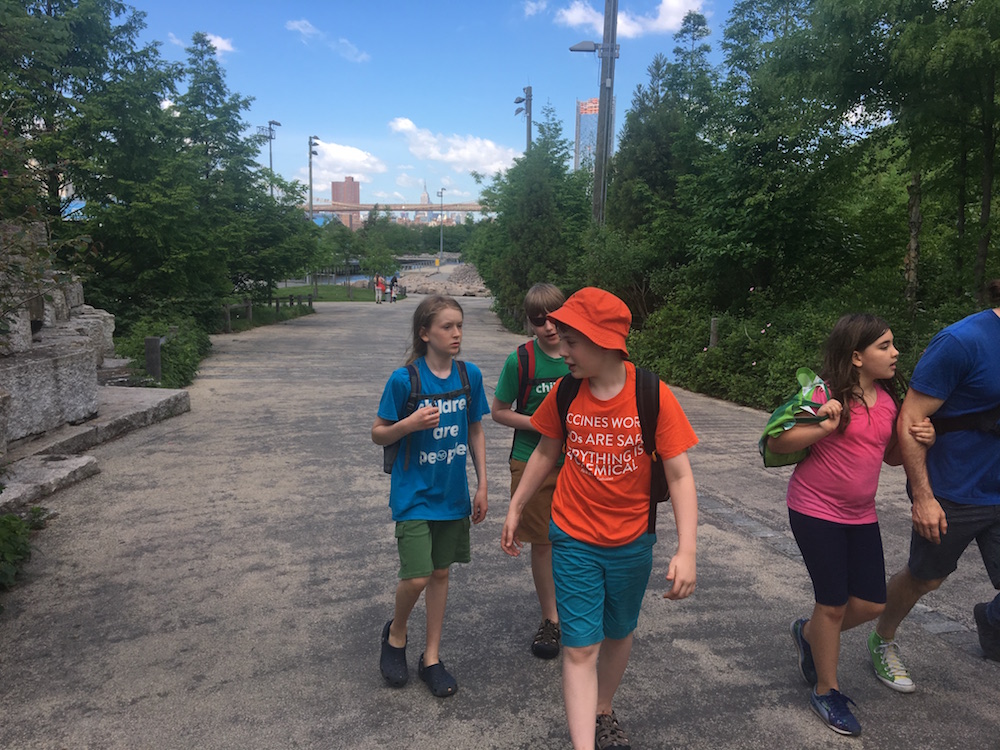 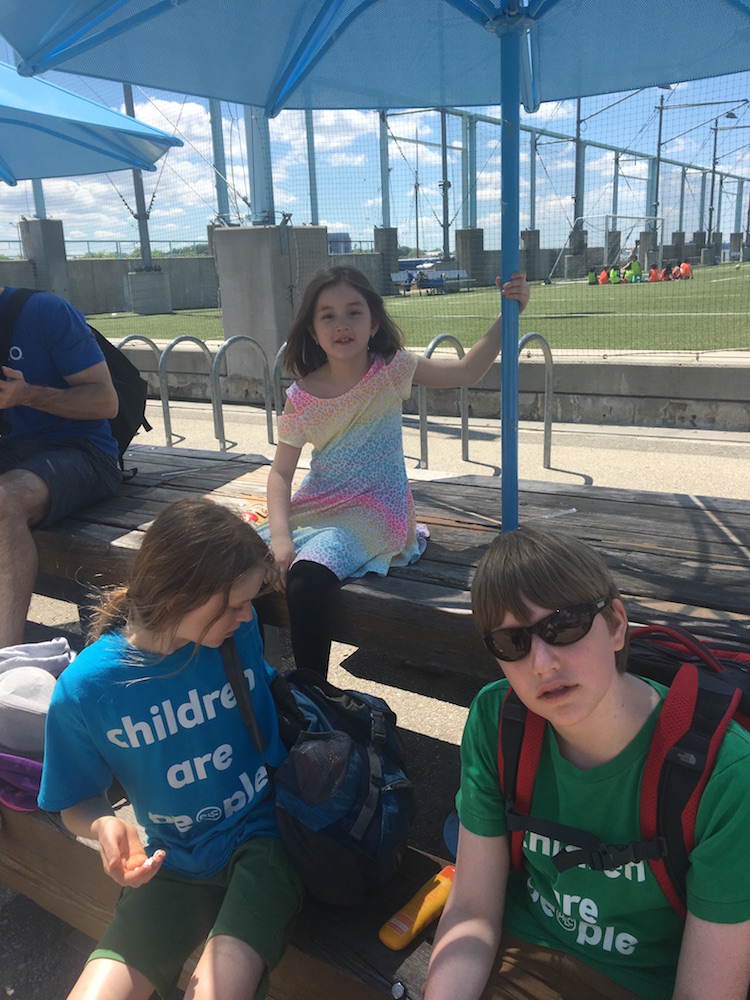 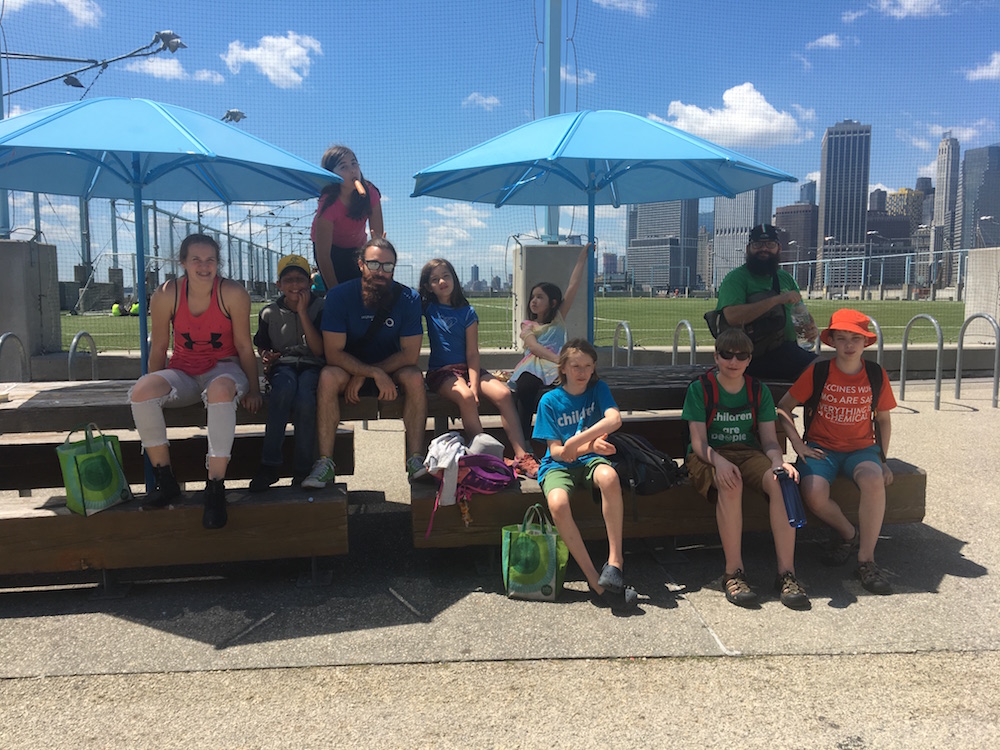 Yesterday we went BACK to Brooklyn Bridge park to go bouldering at the Cliffs @ DUMBO boulders. We had to wait a while for them to open, so I hung out in the ship-shaped park with Douglas, Saylor, Zoe, Beth, Siena & Siena’s mom and sister. Ry, Demian, Even, and Hannah came and met us, and then all of us walked down to the East River waterfront to eat lunch and hang out for a while. Then we went climbing – there too I can feel my body getting stronger, more confident. DUMBO boulders is right under the Manhattan Bridge, which is pretty cool except that it’s SUPER loud with trains going by every few minutes – after an hour or two there I always feel really mentally exhausted from all the noise. Plus, the routes were kind of confusingly marked. I was talking to Even afterwards, and I think we’re going to go back to the Cliffs’ regular location in Long Island City, which is more clearly labeled and less overwhelmingly loud. David and Jessie came and visited from Philly, but I missed them because I was in Brooklyn all morning (I am super grateful that I got to meet other people directly at BK bridge park instead of coming up to East Harlem and all the way back out both Wednesday and Thursday…). 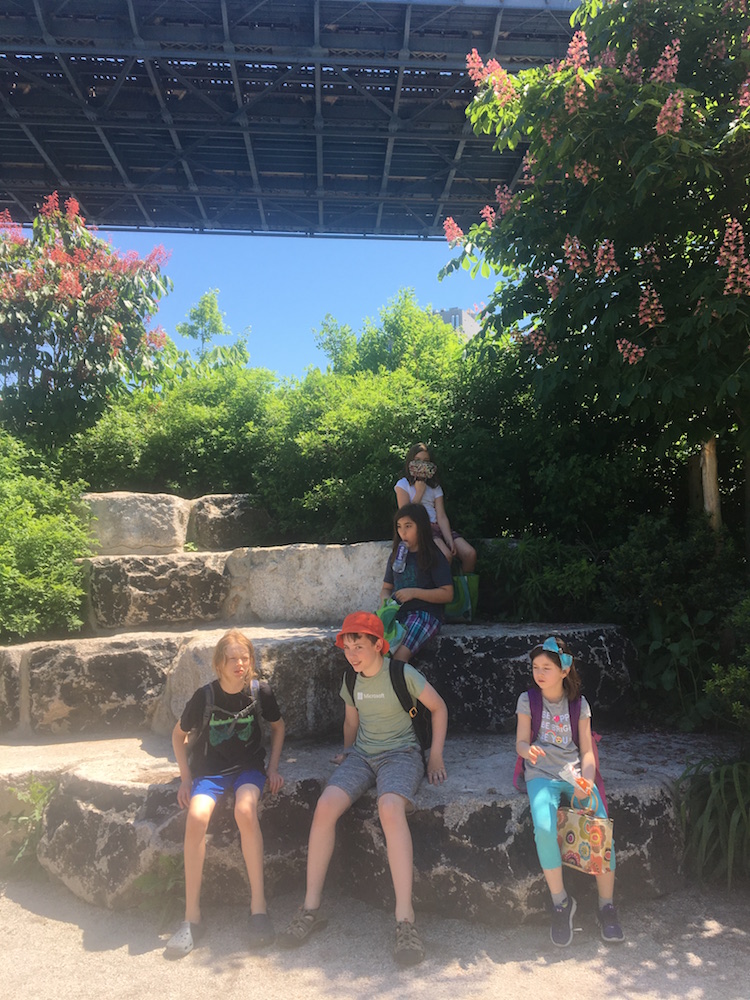 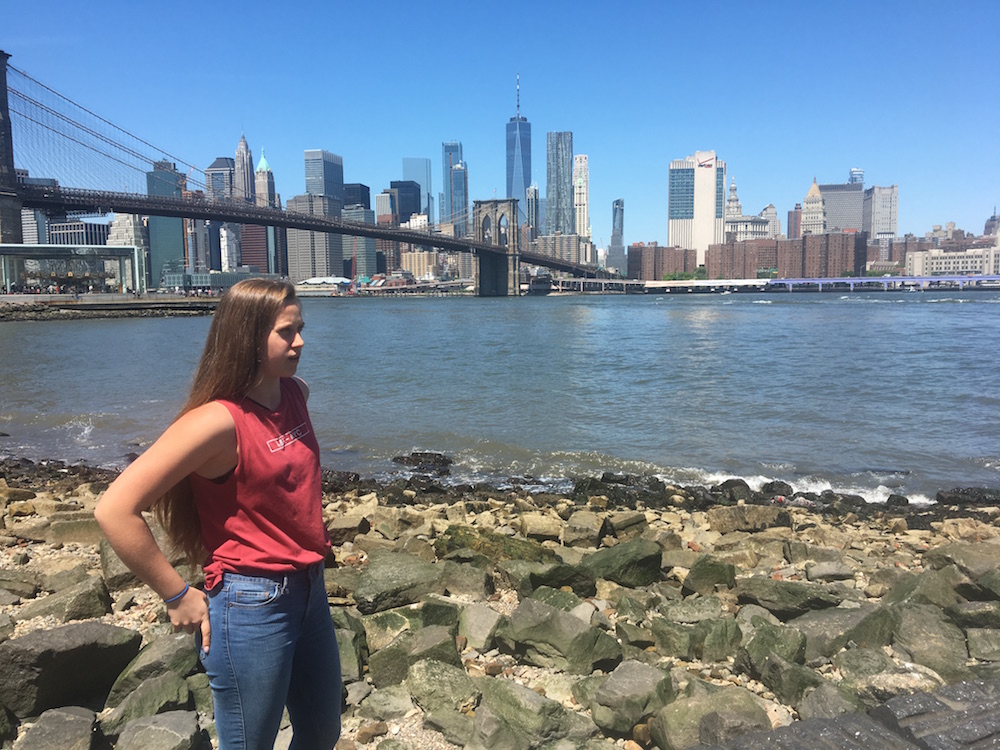 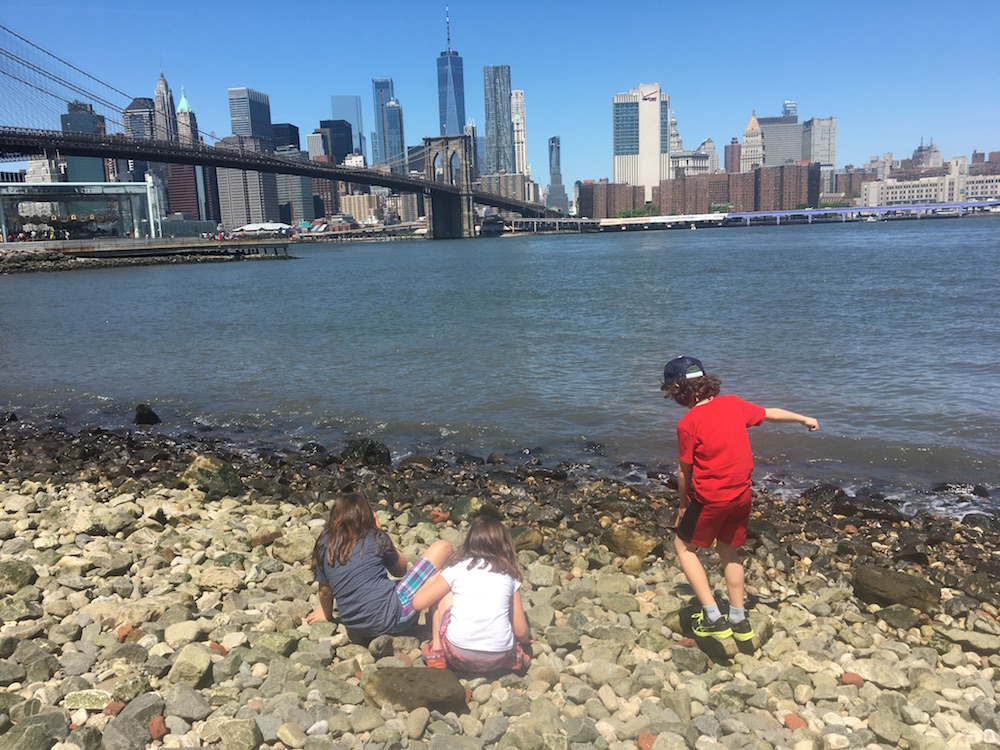 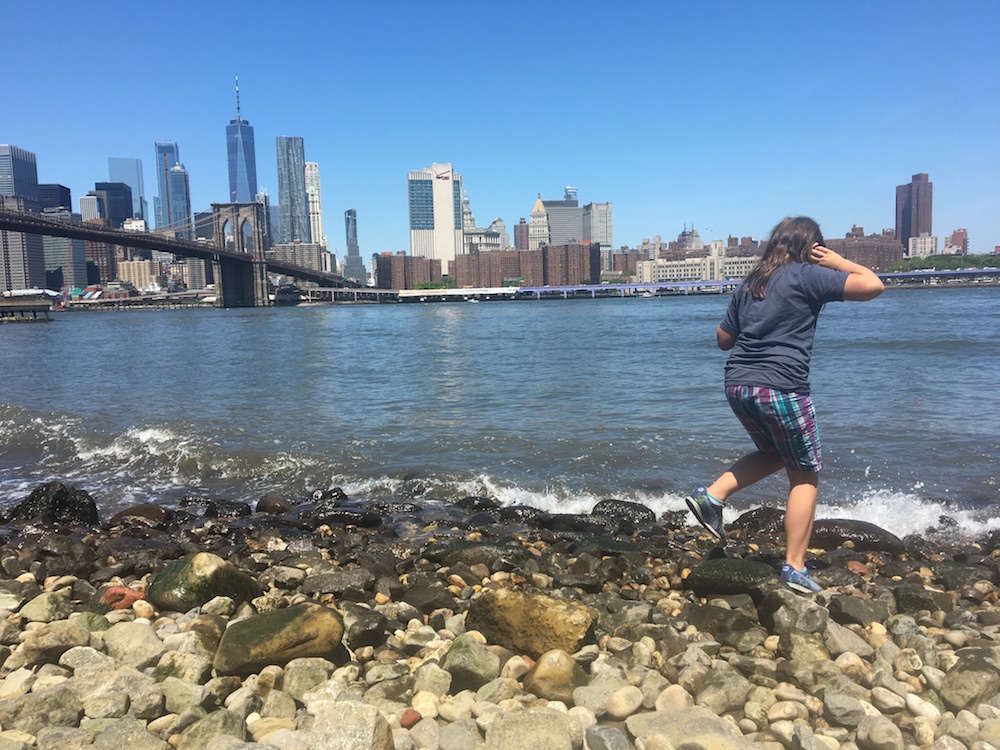 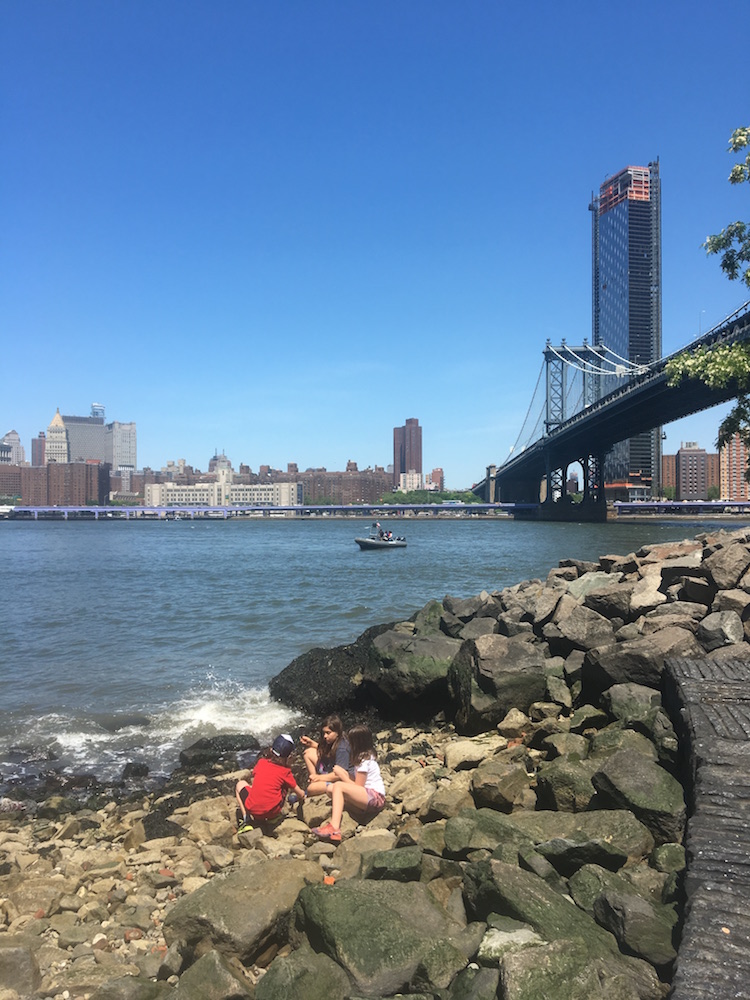 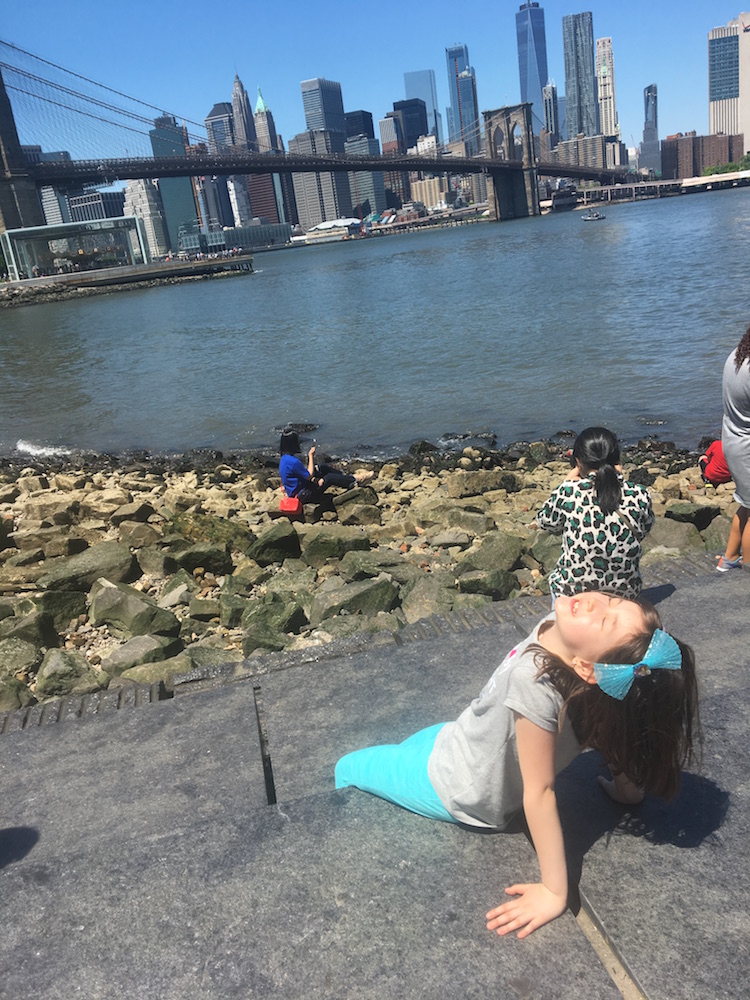 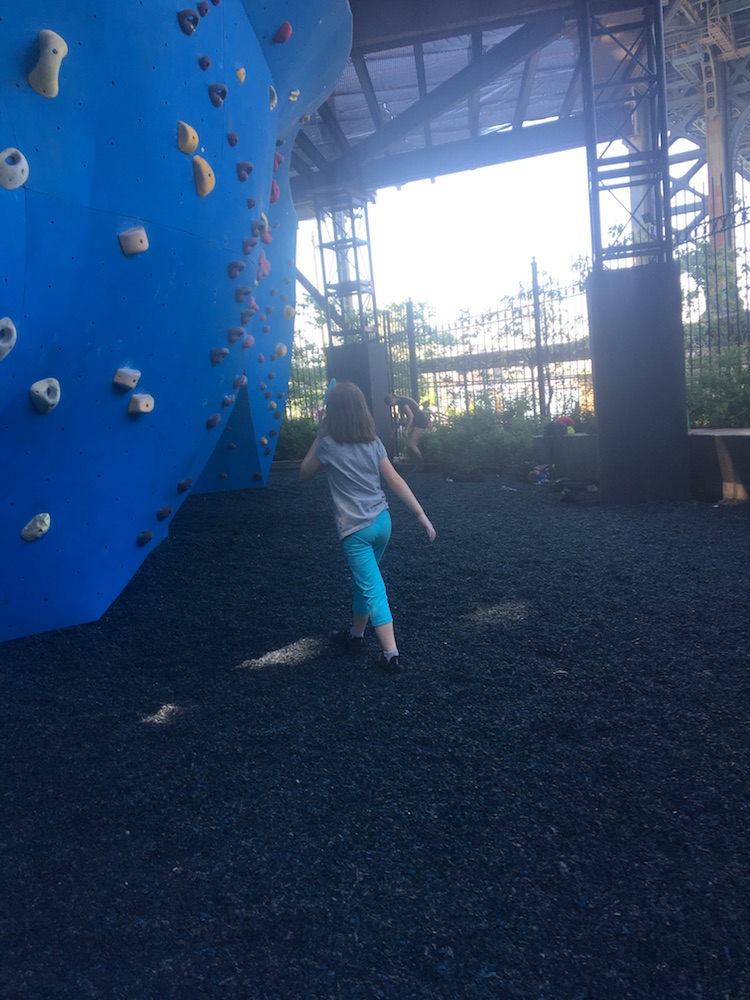 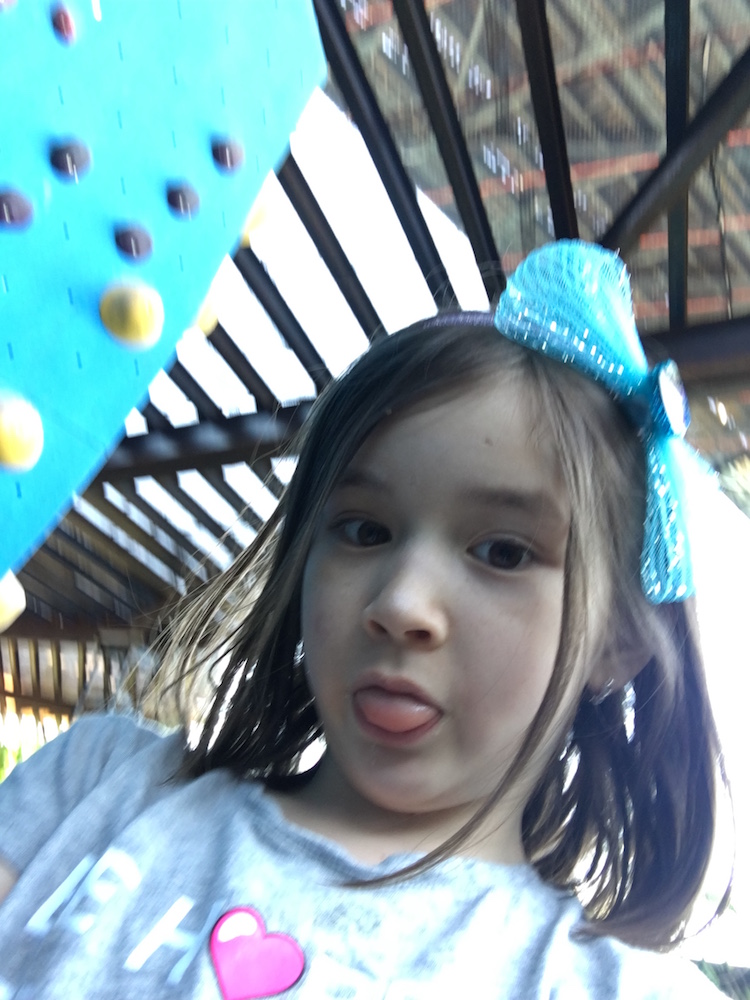 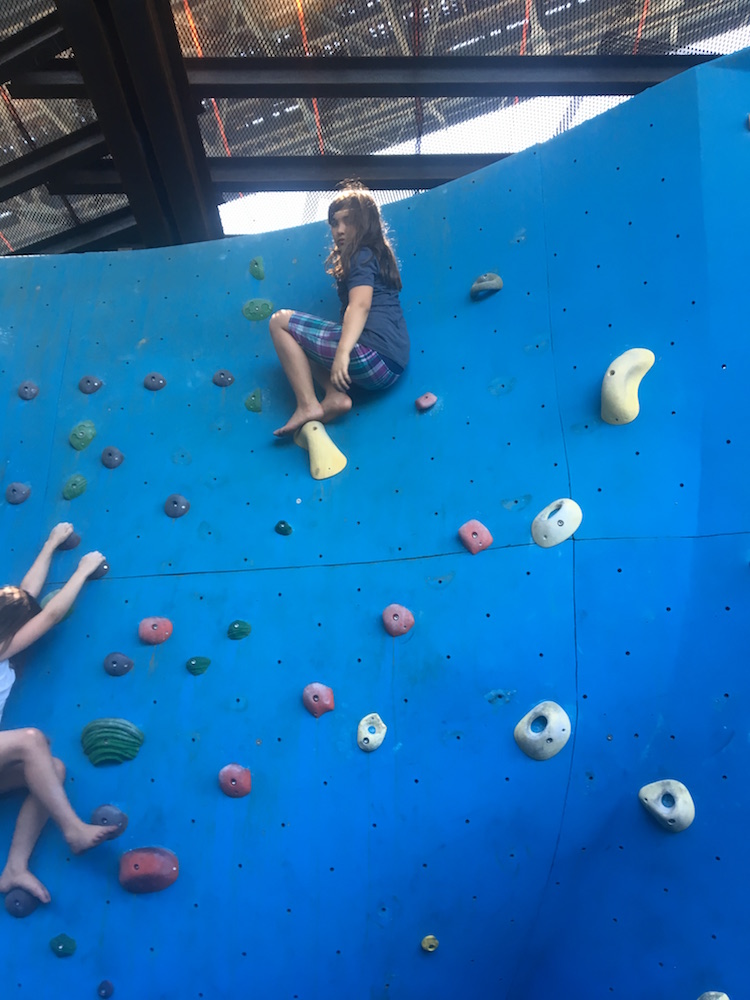 Today Tomis, Nancy, and Huxley are visiting! Huxley is so tiny I actually don’t know what to do with him quite, but it’s lovely to see all three humans. Ry and I took a big group to see SOLO today, which I was worried was going to be terrible but actually was pretty passable. Lots of high-speed chases and double-crossing, which is exactly what I wanted from it…

Finally, a puppet update: there’s a new one and it’s equally terrifying. 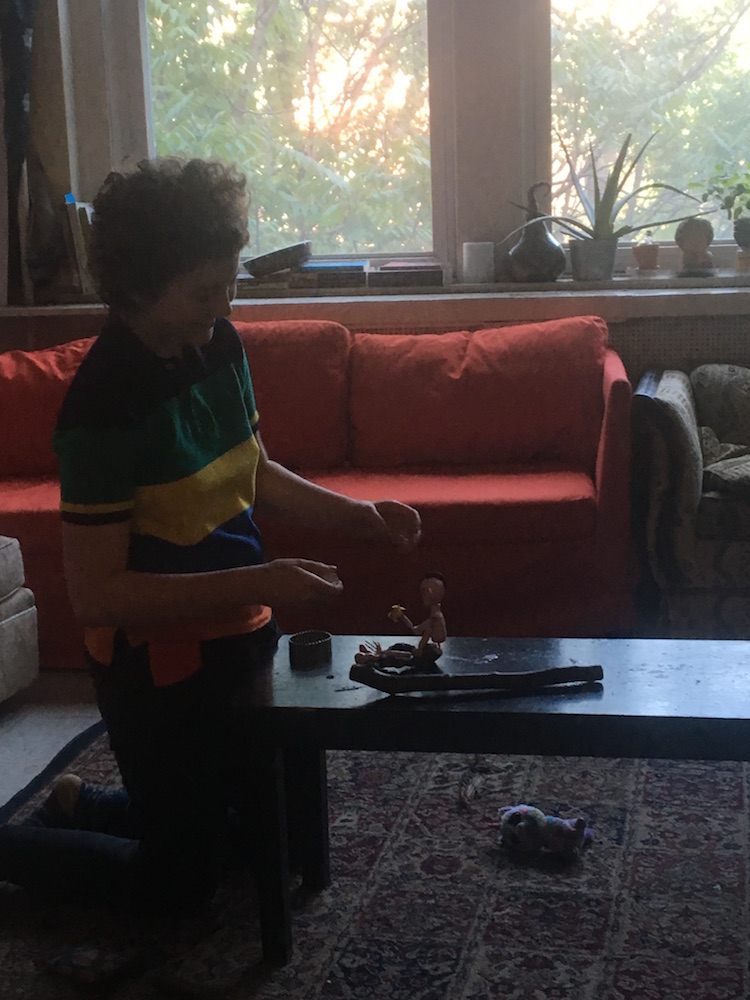 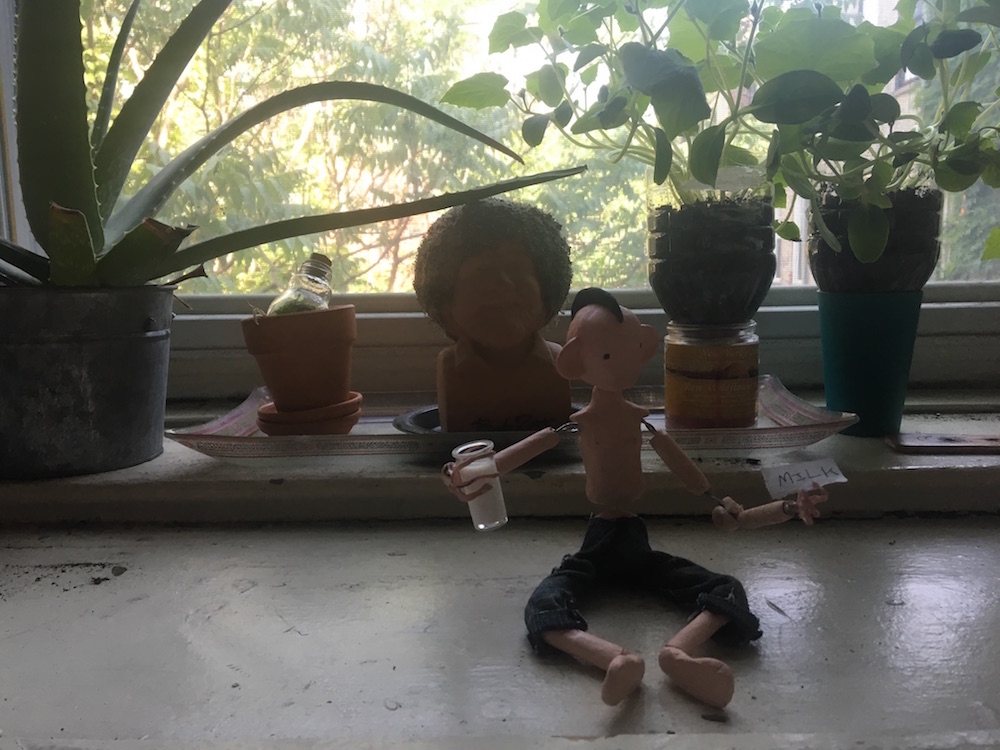 I have a feeling this won’t be the last three field trip week of the year… Tune in to find out!

[In August I emailed the parent community and requested they tell me their feelings about our intention to open a second campus in Brooklyn because “I want to build our second campus to serve our whole community, not shoehorn us into a space because we are feeling rushed, cramped, or stressed. I want to know what you want; I want to build this with you.” One parent responded to me with honesty about their growing-pains-anxiety and I am super grateful for that because it helped me clarify my thinking about where we’re at as a growing community, and what I want to see for us in the future.

I put together this blog post with the intention of making my thoughts on the Brooklyn campus more visible and expand on my (intentionally brief) request for help with the Brooklyn Campus Working Group at October’s Assembly. Most of this post is excerpted from my email response to that parent.]

I think you’ve put your finger on exactly the concern that people have been hesitant to voice, one that merits a thoughtful response: that we as a community too small or too fragile to split up, that something will break if we make this change in order to continue growing, and that we should just hold still exactly as we are, in this equilibrium.

And I must confess, there have been times where I was feeling that too! I have been incredibly fortunate to walk into a thriving, healthy culture at East Harlem and become a member of the community almost immediately. I love the space in East Harlem, love the way the light slants through the windows in the back room in the morning, love the library, love the lady at the deli and Central Park around the Meer. I am grateful for the authentic relationships I’ve developed with all of the kids here and I’m sad to think that when things change it’ll mean that I won’t get to see every one of them every day. Our facilitator team is complementary and well-balanced and I know our lives will become more logistically complicated when our day no longer ends with all four of us in a room checking in. The idea that we could just hit pause and hold things just as they are is undeniably tantalizing, and it took me until this summer to truly appreciate why we can’t.

For one, it’s too late to hit pause now; we’ve already outgrown our East Harlem space. We have 30 students currently enrolled (and running and playing and making joyful chaos) in the space, with 3 more joining us as soon as their visas clear. We have a waitlist (!) of 6 kids, who have done everything in the application process except a visiting week (which we haven’t been able to schedule because our space is so full…) and 15 more families RSVP’d to our upcoming Parent Interest Night. We have doubled in size every year since the school has been in existence, and we have hit the point where the only thing preventing us from doing it again this year is the size of our space. With 9 kids and 3 facilitators already commuting from Brooklyn, it makes the most sense to open the second campus there to free up space in East Harlem.

Because beyond logistics, the exciting thing about adding the more humans to our community is that they (1) bring more material resources to support our kids’ already varied and awesome interests, and (2) bring their selves to augment, embolden, and enrich the culture of the school.

To the first point: more space means we can enroll more students, which means more tuition money to buy supplies, pay facilitators, or even hire support staff. Two locations means twice the jumping off points for field trips; more ice skating and DUMBO bouldering and Brooklyn-Museuming with less time spent rushing back on the subway up the entire island of Manhattan for spawn.

The second point is more ephemeral, but no less important. More kids means more interests, different offerings, new ideas. I’ve seen firsthand this year how each new person in the community enriches it, brings new things to light for all of us, creates more invitations to explore, discover, and grow. Some things we can only do as we get bigger, like field sports teams or run hackathons. My dream is to get big enough to stage a full musical; one the kids write, compose, direct, design, act in, and crew. We’re going to need quite a few more humans before we hit that goal!

I’ve been thinking a lot about the cross-section of a giant sequoia tree I saw at the Natural History Museum in London – it lived 1300 years before being felled in 1893 in California and sliced up for lumber and museum fodder. It was large enough that I could have lain down twice across it, and its rings were marked with historical events: the penning of the Magna Carta, the birth of Queen Victoria (very Anglo-centric, of course). When that tree sent its first shoots out of the earth, English was not yet a language.

In ALC-land, we often talk about the Agile tree metaphor – the soil is trust, the roots are foundations, the branches are principals, and the leaves are the tools – to illustrate the difference between what is fundamental or essential to ALC and what is cyclical or changeable. But inherent in this metaphor is the idea of growth. Every year, every day, every hour, that giant sequoia grew until someone got greedy and saw its glory and cut it down. In the natural world, living things are continually growing, changing, and adapting or they die.

I do this work because I truly believe that self-directed education can do the most good for the most children. I believe our increasingly scary world needs more humans who are curious and adaptable and emotionally intelligent, and that ALC is a place that nurtures those traits and people. I believe we are doing something special by creating in a world where things are mostly destroyed. I want ALC to be the tree that keeps growing, across boros and states and countries and continents, that fruits children who grow to be adults who care about the fate of trees, that spreads its seeds to create a whole forest and support the lives of a whole thriving ecosystem.